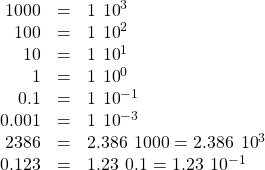 The power (exponent) of 10 is equal to the number of places the decimal is shifted to give the digit number. The exponential method is particularly useful notation for every large and very small numbers. For example, 1,230,000,000 = 1.23

Convert all numbers to the same power of 10, add the digit terms of the numbers, and if appropriate, convert the digit term back to a number between 1 and 10 by adjusting the exponential term.

Convert all numbers to the same power of 10, take the difference of the digit terms, and if appropriate, convert the digit term back to a number between 1 and 10 by adjusting the exponential term.

Square the digit term in the usual way and multiply the exponent of the exponential term by 2.

Cube the digit term in the usual way and multiply the exponent of the exponential term by 3.

Finding the Square Root of Exponentials Find the square root of 1.6

A beekeeper reports that he has 525,341 bees. The last three figures of the number are obviously inaccurate, for during the time the keeper was counting the bees, some of them died and others hatched; this makes it quite difficult to determine the exact number of bees. It would have been more reasonable if the beekeeper had reported the number 525,000. In other words, the last three figures are not significant, except to set the position of the decimal point. Their exact values have no useful meaning in this situation. When reporting quantities, use only as many significant figures as the accuracy of the measurement warrants.

The importance of significant figures lies in their application to fundamental computation. In addition and subtraction, the sum or difference should contain as many digits to the right of the decimal as that in the least certain of the numbers used in the computation (indicated by underscoring in the following example).

In multiplication and division, the product or quotient should contain no more digits than that in the factor containing the least number of significant figures.

Multiplication and Division with Significant Figures Multiply 0.6238 by 6.6.

The Use of Logarithms and Exponential Numbers

The Solution of Quadratic Equations

Mathematical functions of this form are known as second-order polynomials or, more commonly, quadratic functions.

The solution or roots for any quadratic equation can be calculated using the following formula:

The two roots are therefore

Quadratic equations constructed on physical data always have real roots, and of these real roots, often only those having positive values are of any significance.

Graphing the Dependence of y on x 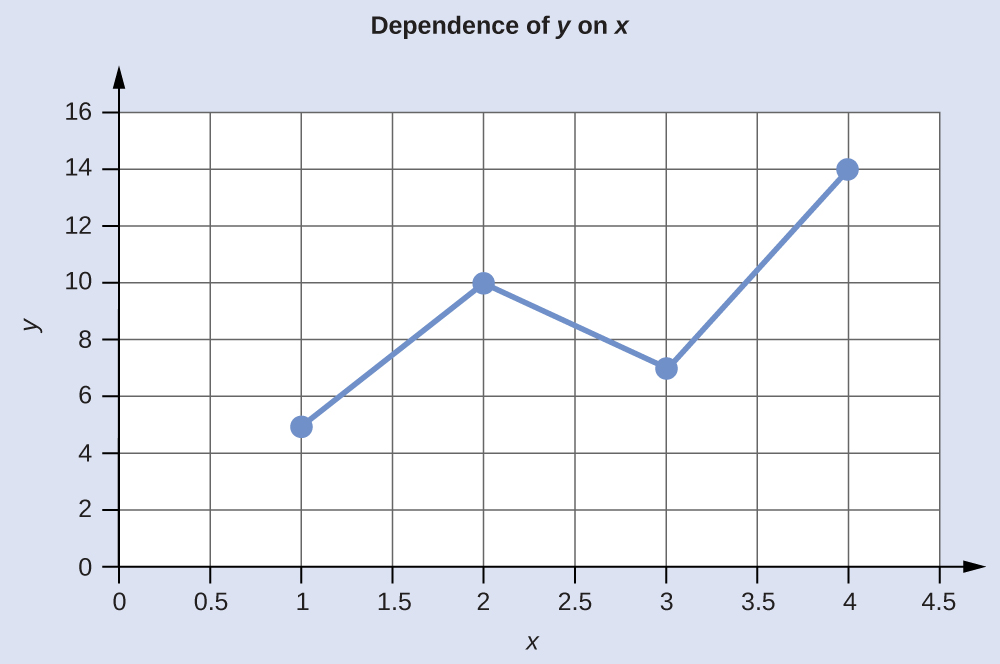 If the function that describes the dependence of y on x is known, it may be used to compute x,y data pairs that may subsequently be plotted.

Plotting Data Pairs If we know that y = x2 + 2, we can produce a table of a few (x,y) values and then plot the line based on the data shown here. 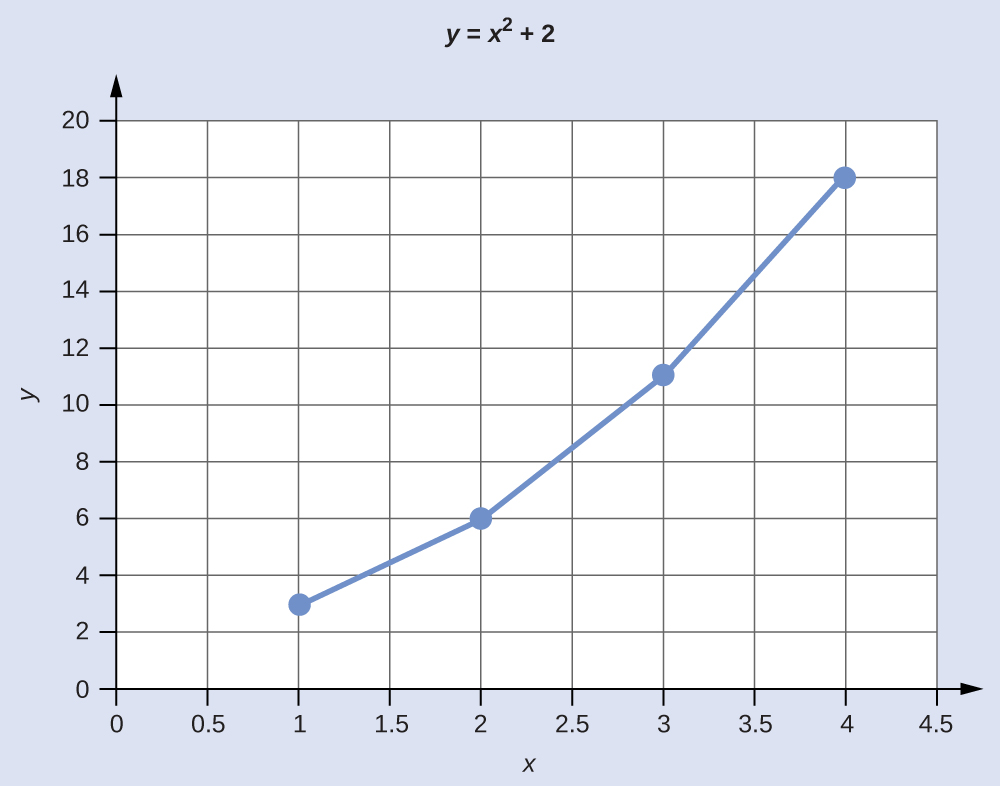